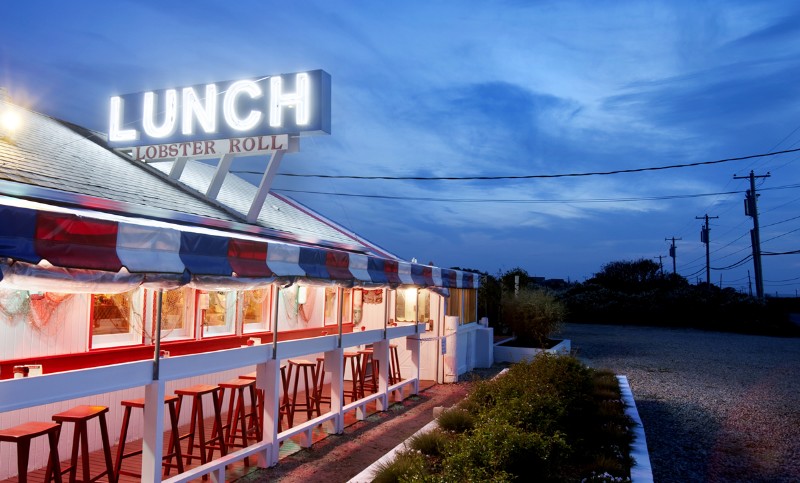 The Lobster Roll was purchased in 1965 by Frederick H. Terry Sr., and his Dad; Richard C. Terry Sr. when it was a tiny roadside clam shack on the Napeague stretch. The Lobster Roll Restaurant became affectionately known as
“ Lunch “ (although it serves lunch and dinner), because locals and travelers associated the now “iconic“ sign with the restaurant.

Though still a principal in the Amagansett location, Fred (after retiring as a College Professor) returned to his roots in Baiting Hollow, N. Y. and created Lobster Roll Northside. Northside, occupies a meticulously restored farmhouse that sits on the head of a retail barn complex. There are quaint retail shops, a nostalgic candy store, a children’s playground, and a gingerbread decorating center; Fred’s Gingerbread University.
No rest for the weary !!!

The Lobster Roll has transformed over the years, through several expansions, but remains the quintessential indoor/outdoor summer eatery; attracting locals, celebrities, day trippers, and travelers from all over the globe!!!

The Lobster Roll embraces the atmosphere of a nostalgic roadside shack, amid the sand dunes, gardens of summer flowers, umbrellas, beach balls, picnic tables, and plenty of smiling faces!!!