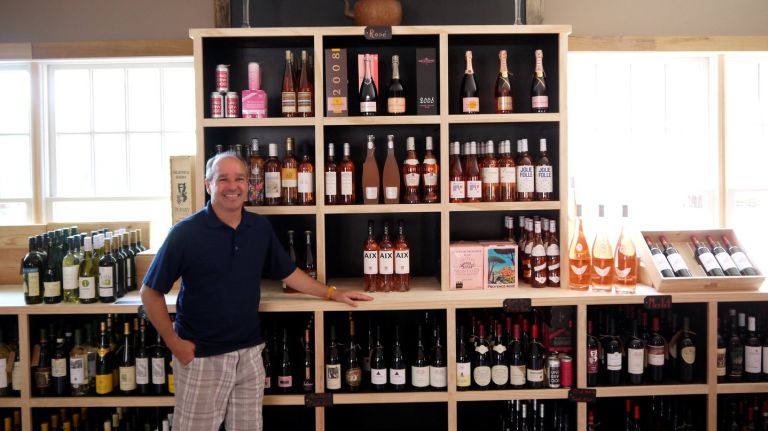 George has been in the food and wine business most of his life. His first major step was when he managed the Seafood Barge in Southold in 1996. There he developed his first understanding of wine. The Seafood Barge was one of the busiest restaurants at the time and he created a wine list that featured wines of the North Fork. He often states that he learned more about wines while drinking beer with wine makers than any sommelier class he has ever taken. It is here that George became passionate about the art of wine.

From there, he opened a small restaurant called Table 48. It was a chef driven menu that had an international flair when it came to the wines. George not only carried the best of the international wines, but those favored North Fork wines, keeping true to Long Island. He expanded his learning of New York State wines, as well as wines from Napa and Sonoma after visiting that region and selecting only the finest for the restaurant food pairing.

George’s next move from wine buyer to wine seller was in 2001 when he went to the historic wine importer, Frederick Wildman and Sons. Over the next 14 years, he represented some the finest wines from worldwide historical estates. George has travelled to California, Italy and Spain, further educating himself through talking with the wine makers, and owners, not just about the grapes, but the soil, temperature, altitude and vines, all the things that make wine deliciously enticing. In 2014 George moved over to Verity Wine Partners, who were looking to expand and develop the area of the Hamptons.

George always critiqued wine stores and thought that he himself, would enjoy running a wine shop, not just to sell wine, but to educate people about wine and how it pairs with food. A great shop would educate its patrons about any of the wines, so the consumer has the best choice suited for them, because wine is situational and seasonal. George has hand selected exceptional wines from small family run businesses, that are as natural and organic as possible. You will not find any mass production wines at his store. He has chosen to do all this at a quaint shop in Wading River called the East Wind Shoppes, right next to the East Wind Hotel. As fate would have it, he is also diagonally across from a fantastic cheese shop called the Cheese and Spice Market run by longtime friends Patty and Gary Kaczmarczyk. There are bound to be many wine and cheese happening at this fun and exciting new wine shop of George’s called Wines by Nature.